Do you watch movies or TV shows? Of course you do.

I’ve always been fascinated by the way in which cinematographers and directors of photography (DOP) can utilise all our favourite things like depth of field, camera angle, lighting etc to enrich the feeling we get from a character: in other words you can shoot in such a way to characterise the cast. We can do the same in photography since we have much the same tools available, the only difference being we’re recording a single frame.

Years ago I mentioned how I typically shoot guys in rock bands one way, and female professionals another. That’s probably common sense, but breaking it down and we get into the same territory used in cinema.

If we use a low angle on a shot, and shoot wide, we accentuate height, width and convey a feeling of physical power which can be used to intimidate (at the extremes) or convey authority and control.

Here’s a shot of actor Tyrone. He’s a guy known for his roles as a bruiser kinda character – the bare knuckle enforcer sorta dude. Shooting from low and having his hands in the centre of the frame accentuates the size of his arms, and him looking down has that menacing look to it.

Easy enough right? We’re all familiar with these concepts and see them a million times a day throughout media channels but it’s a tool to stick in your toolbox when you’re trying to present a feeling to the viewer of an image.

And this is shooting at almost the opposite way: eye level, warmer colour palette, longer lens to blur the background and convey approachability and friendliness. By warming up the colour palette we can make the images appeal in a totally different way than the cold-toned images above. To get this warmer tone I shoot around 6000K and might add a little tint in post processing to even out all the tones in a frame then desaturate just a smidge to stop it looking clownish. 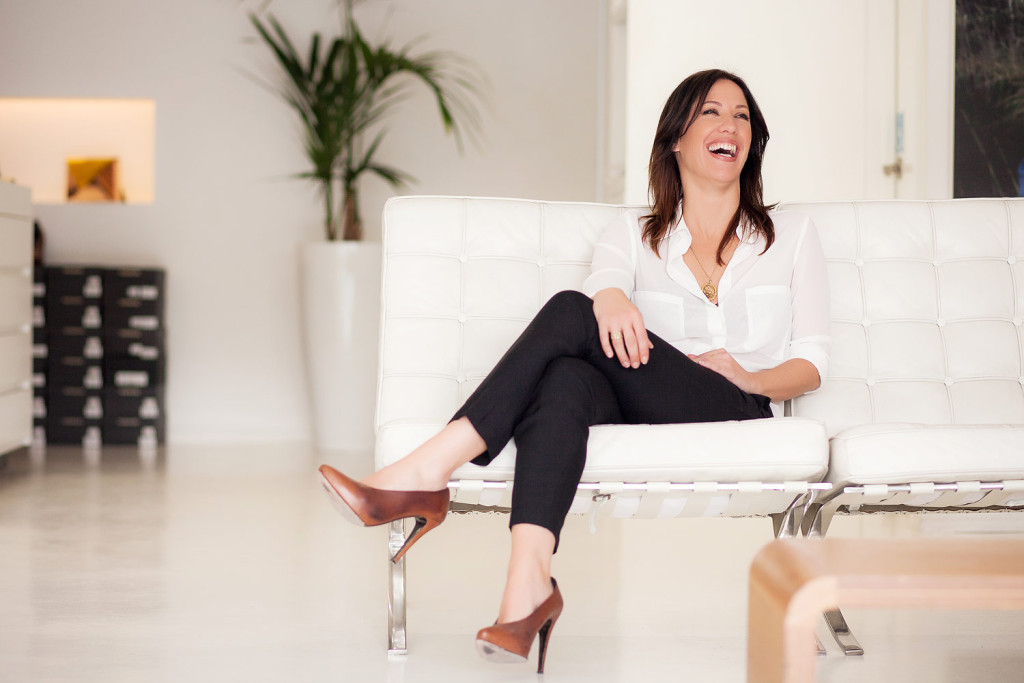 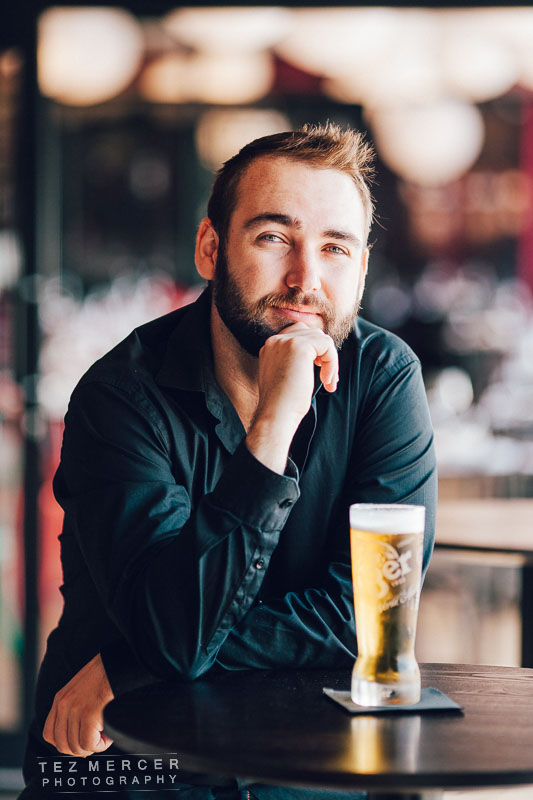 And I should point out this isn’t a gender thing, it’s not shooting guys one way and girls another. It’s just simply using angles, focal lengths, DOF, and colour grading to convey something deeper about a subject.